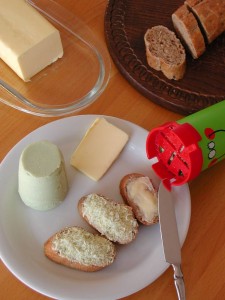 The results are in! An interesting study shows that if you imagine eating a certain food, you will want to eat LESS of it! That seems counter intuitive. One would think that imagining eating something would make a person want more of it, but it seems to have the opposite effect.
The link to the 2010 study is here.
Here’s a quote:
Five experiments showed that people who repeatedly imagined eating a food (such as cheese) many times subsequently consumed less of the imagined food than did people who repeatedly imagined eating that food fewer times, imagined eating a different food (such as candy), or did not imagine eating a food. They did so because they desired to eat it less, not because they considered it less palatable. These results suggest that mental representation alone can engender habituation to a stimulus.

More evidence that shows imagining something is like actually doing it!

This site uses Akismet to reduce spam. Learn how your comment data is processed.